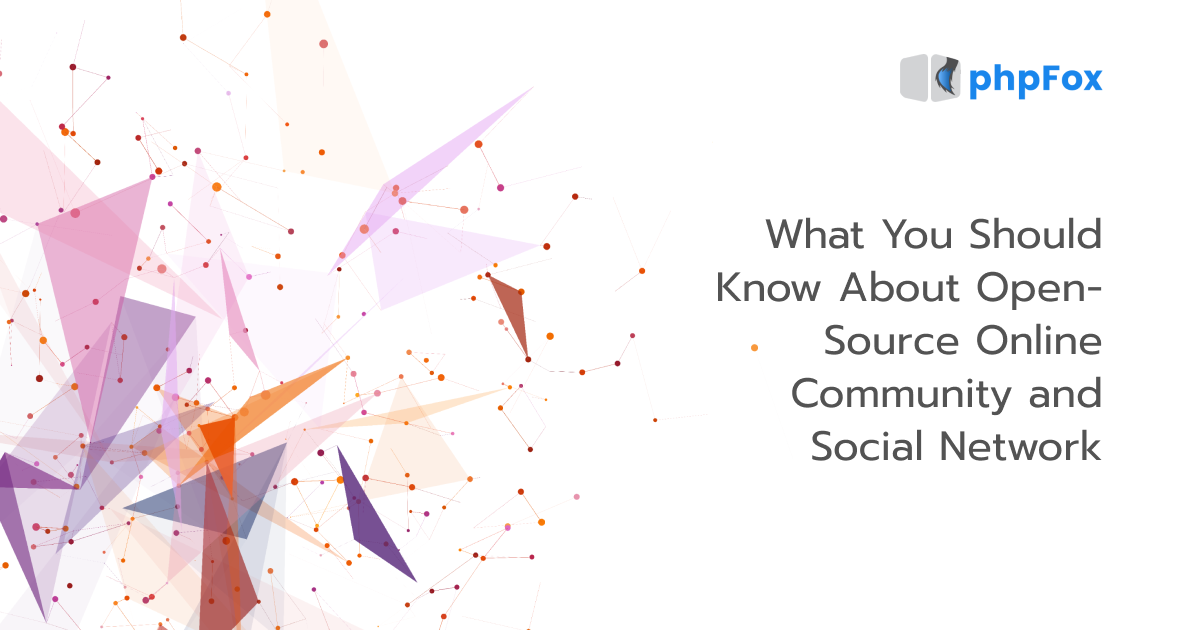 With the rising of online communities and social networks, it’s critical for you to know the differences and how to define the two.

We describe Social Network as a network or community in which individuals with similar interests exchange information via accessible and scalable publishing mechanisms. Individuals are transitioning from passive content consumers to active content creators due to social media. Social network platforms include Facebook, LinkedIn, Twitter, and YouTube. Until recently, social media platforms were almost never distributed under open source licenses, which meant that users may use them but not necessarily alter or share them.

An open-source online community is defined as a collaborative development model created by an online community. It uses the power of widespread peer review and process transparency to create publicly available code licensed under an open-source license. To encourage innovation, open-source relies on a distributed developer community. The core belief held by open source developers is that group thought has greater power than individual thinking.

Nowadays, everyone owns at least one mobile device meaning having a mobile version of your open-source online community is a must.

When everything went digital, businesses tightened their internal controls, erecting walls to safeguard their source code. As the quality and popularity of open source projects grew, more corporations realized that the cost of innovation and competitiveness might be too high when compared to rivals that utilize open-source software. This is now being witnessed in the mobile industry.

It is predicted that four billion individuals will have joined the global mobile conversation by 2010. Mobile firms recognize that a generation’s first Internet, camera, music player, and phone experiences will all occur on a mobile device.

The Growth of Open-Source Community and Social Network

An open-source online community provides the advantage of constant user feedback and cooperation to help build software that fulfills the needs of businesses, consumers, and developers. Communication is also at the heart of Social Media, as the purpose of a social network is to provide a user-driven and -managed experience through community building.

A social network facilitates community connection by connecting people with similar interests to exchange ideas and experiences. Because of the ease of use of social media, more users contribute and communicate than in a conventional open-source group.

The video Social Media Revolution illustrates the evolution and influence of social media. It includes data such as:

Businesses and organizations are beginning to recognize the worth and strength of enormous populations that may be addressed through Social Media. Corporations are shifting away from a closed style of information sharing and toward a more open strategy that communicates via Social Media platforms.

The Potential of Social Network

The debut of Google Wave at the Google IO 2009 Conference is a great example of the open-source and social media worlds converging. Google claims: “Google Wave is an instant messaging network. It integrates elements of email, instant messaging, wikis, online chat, social networking, and project management to create a sleek in-browser communication client. You may gather a group of friends or business colleagues to talk about your day or share files.”

We think that as developers continue to incorporate the usability and interactivity of social media into their development techniques, the worlds of open source and social media will become increasingly intertwined. More enterprises and organizations will use open source and social media technology to achieve their objectives and create possibilities in the future. Social media will continue to increase in popularity as a communication medium, and more Social Media technologies will be released under open-source licenses over time.

phpFox is one of the best alternatives for creating an online community and social networks. With a variety of built-in capabilities, you may configure your network in any manner you see suitable. Not only that, but our team of skilled developers and IT support staff is always ready to assist you when you need it. So what are your thoughts? Are you ready to begin selling on social media?

Contact us now and let us help you bring your ideal social network to life.